Will YFI Repeat the Scenario of September 2020?

For the third week in a row, the YFI market is holding a silent question from investors: “What’s wrong with buyers?”. 5 active trading weeks, starting from 2 November, raised the YFI price by more than 200%.

However, during December, the YFI price moves in the 20% range, not daring to continue the growth trend.

The whole thing is in the range of $28,000-32,000 which for the second time stops the YFI market before new heights. In fact, in the last 30 days, buyers have made 3 attempts to break through this range.

As a result of the strong defense of sellers on 18-19 November, buyers have chosen tactics of slow exhaustion. The main foothold of this tactic, buyers chose the range of $21,200-22,300.

The formed 50% consolidation range often resembles a similar fight in September 2020. At that time, the victory and a strong medium-term trend were won by sellers.

We described the similarity of price movements between key coin ranges in the previous article.

However, the price movements’ alternative scenario has not taken effect yet, as the key range is still under buyers’ control.

Looking at the irreversible price collapse yesterday, some traders already forecast the YFI price per $10,000. For example, the Twitter user @im_goomba confidently states the complete similarity of the YFI price movement of now and 3 months ago, teasing in his tweet Andre Cronje:

Well, this forecast is quite logical, given the local BTC weakness – as the DeFi market main driver at the moment. Although, it is worth considering the powerful facts that may prevent this scenario from realization.

Trading volumes for sale are much lower than in September 2020

Trading volumes distribution. The low trading volumes caused a sharp YFI price collapse in September, thanks to which buyers could easily raise the YFI price by 800% per month.

At that time, no strong buyer was seen during the purchases. Instead, sales volumes were high at local highs. If we compare a new growth wave from November – we see that growth is at high volumes, and the formation of consolidation in the range of $21,200-22,300 is more reminiscent of a temporary stop than a global price reversal.

In addition, if we look at the YFI/BTC pair chart – the price has come to an important price zone, where buyers will try to break the local downward trend.

If this event coincides with the beginning of the BTC price growth – the YFI market will recover very quickly. In this case, the previous historical high test will be quite aggressive and its break will be a matter of time.

Therefore, while the BTC price is above the range of $22,500-22700, YFI buyers have every chance of a positive in the near future. 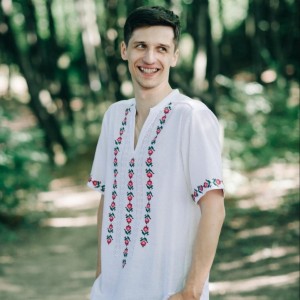